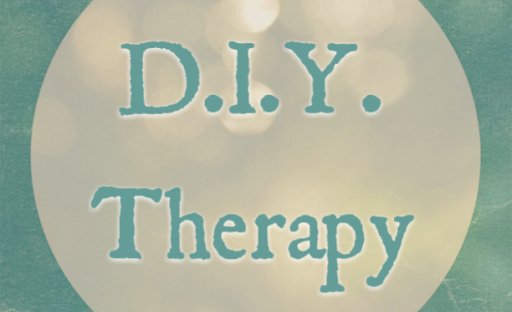 This is my depression story, my Persephone’s journey from a cold winter to a spring rebirth.

Depression was my best friend for what felt like a lifetime. It became as attached to me as my legs and arms. I feared we would always be together and I didn’t want anyone to know. In public I tried my best to be cheerful, but inside I felt tortured. While it felt good to share the positives and ‘wear a smile’, I was exhausted at the effort.  Being depressed was as bad as having a cold. I felt it in my entire body and it hurt. Out of love and frustration, ignorance and impatience, I was told to, either ‘Snap out of it.’ or ‘Don’t worry, it’s not THAT bad.’ As a teenager, I quickly learned that depression carried a stigma of being ‘a downer’ or ‘a loser’. I didn’t want to carry that weight publicly so I hid behind smiles, lies and my bedroom door. As an adult I hid behind alcohol, parties and retail therapy.

For almost 17 years my life was a roller-coaster of extreme highs and paralyzing lows. During the lows, I would find myself curled up in the fetal position shaking and crying with the ugliest thoughts circling in my head. These thoughts grew bigger and bigger. I was convincing myself that I would never be happy, that I was damaged, a loser, unworthy, stupid, and on and on. My crying fits would last for hours and subside into a physical melancholy that settled in my body. My feelings would stay like this for days or weeks. I would call in sick, quit jobs, cancel plans with friends and try to heal myself with shopping or drinking. Eventually I would feel good and then great and then fantastic as I reached an excited, giddy high place. It was so much fun until the next time something happened that helped my pain resurface. Since I wasn’t recognizing the roots of my pain this ‘something’ was usually nothing short of being stuck in traffic or a large bill I couldn’t pay. But the sadness never completely left. I could always vaguely feel it in my solar plexus.

As a young child I have a dim recollection of being happy. But mostly I recall the unwanted feelings. I remember feeling sad every year when my family moved. I went to 12 schools before finishing high school so I was constantly losing friends I had just bonded with. At many of the schools I was bullied and I didn’t know how to stand up for myself. In the 8th grade an older and much bigger girl decided she was going to kill me. The incident was so violent that I was immediately pulled from that school. I was terrified of my schoolmates at every school after that and stayed this way until almost the end of high school when I couldn’t take anymore. Eventually I stood up for myself. I clearly remember that last time a bully pushed me because I stood up and challenged him until he backed away. Standing up to the bully was liberating. In a way I had grown stronger, but I was still dealing with other emotional problems and would be for many more years.

When I was 14 life threw me an unexpected loss when a close friend who was like an older brother died by suicide. I had no clue how to process the grief. I remember turning inward and wondering if there was really any hope for anything. I would fantasize about killing myself almost every day. I was too scared to try. What I wanted was simple oblivion, to no longer exist and have all my pain disappear with my body and thoughts.

I credit the love of my family and friends to the main reason I never attempted suicide and why I eventually chose to seek help. I truly lucked out in this regard. Even though I knew they loved me I still felt as if my problems were too disgusting to share with anyone. I couldn’t stand the idea of looking weak and the possibility of losing their love. Through all the healing I still don’t know how I never felt as if I could reach out to those closest to me. That’s the debilitating power of depression. Once you are lost in the dark it’s hard to find a light.

While depression and I became friends because of trauma, we stayed friends because I never understood that we could stop being friends. I was told that my father dealt with depression and alcoholism, so I just assumed this was my burden to carry as well. Instead of living for the present, I lived in the past. Those childhood years before the trauma seemed much more happy and fun. After living so many years not understanding that I needed to seek help I reached backward to live in the past. Reliving those good memories gave me snippets of happiness and allowed me to keep going, but also denied me the opportunity to heal and grow. Living in the past denied what was good in the present and closed off my view from what the future could hold.

What pushed me into my deepest depression and also pushed me up to my tipping point was a culmination of three major things. I was once again grieving when one of my closest friends unexpectedly died. I broke my ankle and spent hours and days alone in isolation at home. I was working two low paying jobs; one at a retail store and the other at a resource center for victims of violence. All together these three parts of my life eventually pushed me to dark hopeless place. Over the next 10 months my life became a nightmare of fear and loss. Since breaking my ankle I had lost my retail job and was only working part time. Every day I went to work with a sadness of feeling that at the age of 30 my life was going nowhere and I would be forever unhappy. After my ankle healed I would walk across highway overpasses and fantasize about jumping off, crying the whole way home. Deep inside some part of me bubbled up telling me I had to make a change immediately or I was not going to make it.

The tipping point came a few months later when visiting with a family friend who recently self -published a book of her photography. I had no idea that you could publish a book online and this new information pointed me to a whole new world. I’ve always been an artist and love to write so I decided to create a book for tween girls on the topic of domestic violence and sexual assault. During the three months I worked on and published the book I felt healthy. My usual panic attacks and that foul melancholy at my core didn’t appear. I actually felt happy. My life had a purpose for the first time in so long. I clearly remember the day when I realized that I had not felt depressed in those three months. This was eye opening to me. I realized that as long as I followed my heart, so to speak, I could be happy. It was as if some long lost part of my brain had opened. I decided that maybe I could heal from depression. I hesitantly reached out to family and friends about feeling depressed, devoured self-help books, stopped consuming negative media and started journaling my experiences. Recording my experiences gave me a chance to heal because I was consciously recognizing my pain and this is the first step we must take to heal.

What I’ve learned is that healing from depression doesn’t happen quickly. I have been practicing self-care for a few years and each year I learn new parts of me that need extra attention. It takes time and so much self love. For me it has been about changing the way I think and see myself. That isn’t always easy.

What we think becomes our reality.

During the first two years I would think, “Well… I’m okay now, but this darkness is going to seep back into my life at any moment and I’ll be back on the floor crying wanting oblivion.” I almost slid back into depression a few years later. I was feeling quite sad and lost after the death of my parents, just months apart. I was not expecting them to both be gone so soon. What I did learn and was grateful for during this time is how grief without depression is so much easier to heal through than grieving while being depressed. That I know for sure!

It’s difficult to put a deadline on healing from mental illness as opposed to a physical issue like a broken bone. I still make mistakes. Once I could see that something was triggering me or that I was making a poor choice I thought that would be the end of that. That definitely didn’t happen. I wasn’t magically healed because I said I wanted to be. I had to turn my thoughts into action. I still have to put in the work. Sometimes I do this grudgingly, but more often with a deep knowing that I want to heal.

When we’ve been thinking one way for several years it’s hard to get out of those habits. Addiction to anything takes a conscious change in behavior. I can go cold turkey from things, but that doesn’t mean I don’t ever want to engage or use those addictions. It’s very important to remember addictions are habits and habits are difficult to change. I will always have the ability get stuck in negative thought patterns because I’ve trained my brain to do it. During times when I feel pulled in too many directions, I start overthinking and can easily grow a little unwanted thing into a mountain. Life can be very troubling so I still feel sad someday’s and seek comfort in old habits. The difference is now I rarely choose to succumb to those habits. I have created so many new positive behavior changes. I like my new behaviors because they keep me healthy. I don’t ever want to go back into my darkness again.

My book, “D.I.Y. Therapy: Healing Depression” is available through Amazon; available as both an e-book and a paperback.

If you’re suffering from depression I strongly encourage you to seek help. If you can’t afford a therapist find a supportive mentor, teacher or healer who can help you discover inner peace. Healing is possible IF you are open and willing to commit to a self-care plan.

Want more creativity and play in your life? Print my FREE COLORING BOOKS!

Find art and gifts at my boutique store, Zazzle.com/OviedoStyle

2 thoughts on “D.I.Y. Therapy: The Story of My Depression”