If you’re looking for inspiration I recommend reading this book, “Determined: The Story of Holocaust Survivor Avraham Perlmutter”.

This is not just a story about the Holocaust.

It’s about the people who risked their own safety to defy hateful propaganda and save the lives of complete strangers.

It’s about a young boy who just barely evaded death at the hands of the Nazis.

This book encompasses his journey to Palestine in helping to create a safe place for Jewish people in the newly founded Israel, following his passion for aerodynamics and creating a family in the USA.

Highlights in this book are his reunion many years later with the Beijers family who hid him in their home, his meeting with Albert Einstein while studying at Princeton, his disgust at the racism he found against blacks in the US, his long-awaited reunion back home and the success of him and his children.

The book includes a good amount of historical information which helps put the story in context. I recommend this book if you want to learn more about the Holocaust, the early days of Israels formation, and what it was like to not just survive, but thrive after such a painful time in history.  Grab your copy on Amazon.com L

Buy this book at Amazon.com

*Ads directly below this post are NOT endorsed by this blog. 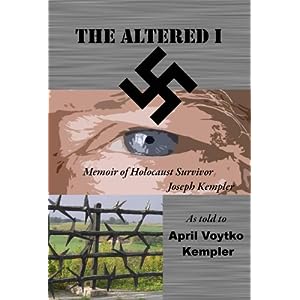