I recall going to a Pow Wow or two with my family when I was younger. Part of our family is Cherokee so Native American culture has always held an importance in my life. While my own family is mixed up with different colors our culture is a mashup that closely resembles many modern families. Holidays are observed as a occassion to get together or have a potluck, not out of obligation, religion or superstition.

Still preserving our diverse and global cultures is important to me. I’m especially drawn to cultures that incorporate music, dance, costumes, and earth friendly traditions. Native Americans embody all those qualities. I highly recommend attending a Pow Wow or other tribal events in your area. It’s eye-opening to remember that we live in a world where everything cannot be bought in a store or filmed on a Hollywood set. On Father’s day I went to the 2014 Inter Tribal Pow Wow hosted by the San Luis Rey Band of Mission Indians, www.slrmissionindians.org 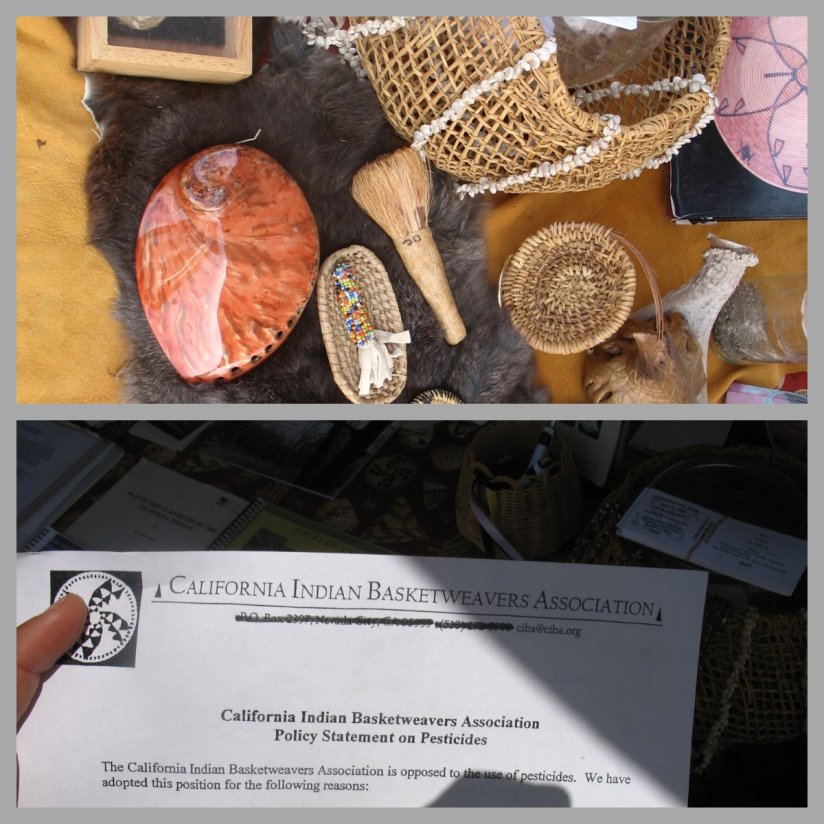 At this years event we were honored to listen to a few elders share their wisdom along with a call to action. Among those actions was to respect the earth and stop destroying our Mother Earth with so much pollution. Another was to stop judging others and being negative, jealous, or mean because you don’t understand or like someone. Their messages varied on topics, but were all about creating a sustainable world. They asked for peace, for problem solving, and to rethink the world we are leaving for the next seven generations.

The Pow-Wow featured beautiful costumes, enchanting dancers of all ages, basket weavers and vendors selling a mixture of native made products and modern toys and clothing. Everyone who was attending and performing was friendly and enjoying themselves. I had a great time. The California Indian Basketweavers Association was set up displaying their talents and weaving baskets. This was my favorite booth by far. www.Ciba.org

The only disappointing part was the food. The closest thing to “native” food was fry bread, which only became a traditional diet staple when tribes were forced off their land and onto reservations where hunting and foraging was scarce. Our government was “nice” enough to give tribes flour, sugar, and lard so women used what they had tokeep their families alive. With a rise of diabetes and obesity among Native and all Americans fry bread is an easy target and up for debate on whether it should continue to be a staple:  www.harisingh.com/newsNative4.htm. In addition to fry bread there was soda, lemonade, tacos, steak, and ice cream to eat. I decided to walk a few blocks away and get bring back food from the grocer instead. Hopefully next year they will have healthier fare.

If you like this blog buy my books on Amazon.com or hire me to write for you at Leahis.com

*ads below this post are not endorsed by me